“Esther Nelson, an American writer, read a magazine article about Nasr Abu Zaid and immediately felt a connection to him.  His understanding of Qur’anic interpretation mirrored her own understanding of Biblical interpretation.  Nasr and Esther collaborated on writing VOICE OF AN EXILE  REFLECTIONS ON ISLAM (2004).  Esther still feels strongly that Nasr’s ideas regarding the Qur’an are universal, applicable to all sacred texts, and have the ability to reach a global audience.  Nasr left a legacy of honesty, humility, intellectual acuity, and morality.”

Since 1998, Esther Nelson has taught courses in Religious Studies—Human Spirituality, Global Ethics, Christian-Muslim Relations, and Women in Islam—at Virginia Commonwealth University, Richmond, Va., USA. She has published two books—Voice of an Exile Reflections on Islam—co-authored with Nasr Abu Zaid, an Egyptian, Islamic Studies scholar who fled Egypt (1995) when he was labeled an apostate by the Cairo court of appeals. She co-authored What is Religious Studies? A Journey of Inquiry with Kristin Swenson, a friend and colleague. She contributes to Feminism and Religion (since 2014), blogging frequently with articles dealing with women and religion globally. 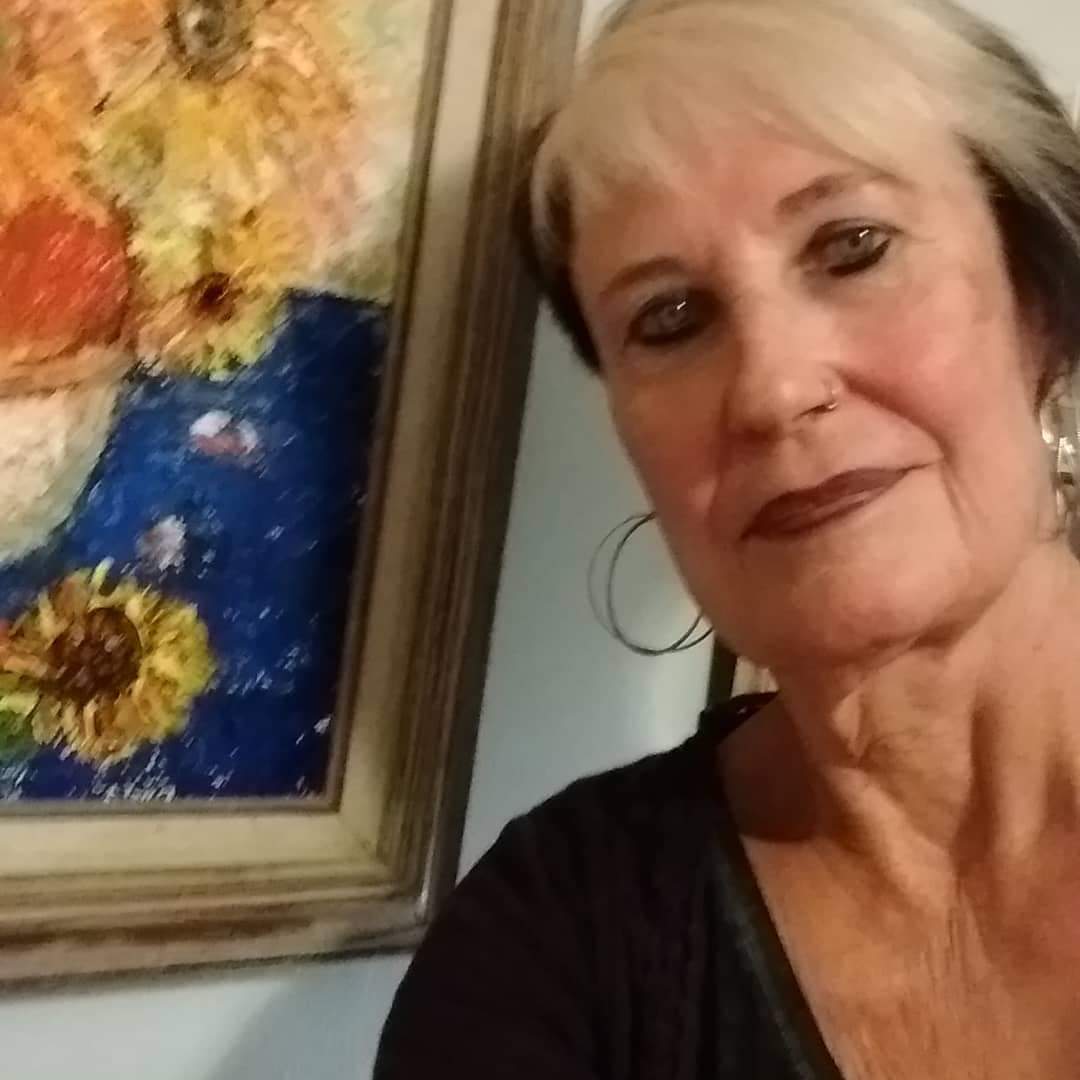 Why did I write a book with Nasr Abu Zaid? What is distinctive about Nasr?
When I read Mary Anne Weaver’s article in “The New Yorker,” titled “Revolution by Stealth” (June 8, 1998), I felt an instant connection with Nasr. He asserted that the Qur’an needs to be interpreted in the light of history and culture. A literal interpretation, of the sacred text (Qur’an) fails to access the deep riches contained with the revelation given to Muhammad. Many Muslims today understand the Qur’an literally, or understand it in a way that reflects the interpretation of the earliest Muslim communities.
What connected me to Nasr was that I grew up believing the same thing about the Bible, the sacred text used by Christians. My parents were Christian missionaries. They believed the Bible to be the word of God. They taught their children that every word in the Bible was “God-breathed.” To my parents that meant that every word in the Bible they used (King James Version in English) was to be understood and accepted literally. As I grew up and developed intellectually, my parents’ way of interpreting the Bible made less and less sense to me. I was beginning to see that words are not neutral. Words come to us embedded with narratives of their own. It became important to me to unpack the context in which the words arrived on paper.
Essentially, this is what Nasr spent his life doing. His work attempted to keep the spirit of the Qur’an alive (justice, mercy, truth, peace, kindness, charity, and compassion) while unpacking the words (embedded in various histories and cultures throughout the centuries) in which justice, mercy, truth, peace, kindness, charity, and compassion were packed.
An essential part of understanding Nasr’s work with the Qur’an is to parse what is meant by the “word of God.” Understanding the Qur’an (only in Arabic) as the word of God seemed disingenuous to Nasr. Nasr, as a Muslim, believed the Qur’an to be God’s word, however, as soon as that word of God was revealed to Muhammed, the Qur’an became human—not INSTEAD of divine, but IN ADDITION to being divine. (This is similar to the Christian doctrine that asserts that Jesus was BOTH human and divine. Jesus’ humanity did not cancel out his divinity, nor did his divinity cancel out his humanity. He was both at the same time.) Nasr asserted that since Muhammad was human, he was unable to fully comprehend the “divine” word. No human being has that capability. So, Nasr spent his life attempting to shed more and more light on what the revealed word of God (the Qur’an) says. Using rational thought (ijtihad) was a way open to Nasr. Bringing the varieties of thought and scholarly disciplines to bear on the Qur’an was part and parcel of his methodology. 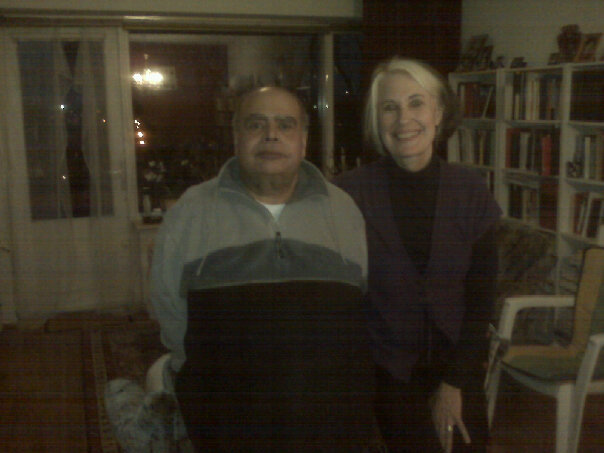 Is it worthwhile to read Nasr’s works?
Yes, of course. Unfortunately, I am not comfortable reading Arabic. However, I did spend much time with Nasr while writing VOICE OF AN EXILE REFLECTIONS ON ISLAM. So much of what he spoke about to me, he had already written in his books. Much of what he spoke to me about had to do with how Muslims can live Islamically in the modern world.

Value of Nasr’s ideas and approach. Useful to the Muslim world?
The Muslim world is huge and therefore diverse. Only Muslims can decide what ideas or concepts are useful to them. Nasr was one Muslim out of approximately 1.6 billion Muslim in the world. He used his mind (rational thought) to attempt to understand the Qur’an (Shari’a). How should Shari’a, then, inform fiqh? In many places throughout the Muslim world, the ulama take it upon themselves to be the sole interpreters of Shari’a. Nasr, among others, displayed that spirit of ijtihad—using or exerting his reason in order to form an independent judgment on religious matters. Ijtihad, he said, is using critical thinking to solve a problem. Understanding the Qur’an involves interpreting words—either recited or written—and that interpretation always depends on human effort.
The Islamic Studies scholar, Farid Esack, has said, “The Qur’an is fluid. The text is frozen. Interpretation is always chosen.” In other words our sacred texts (Qur’an) have the ability to speak to us (humans) over time. The very fact that the Qur’an does connect with us demonstrates its fluid character. The text, though, is set in stone. The words of the Qur’an do not change. However, how we read and understand those words depends on who we are—our experiences, our personal and communal histories, as well as our geographic location.

What about Nasr’s morality? Do his ethics match his ideas and beliefs?
I found Nasr’s morals to be impeccable. He was always kind and extremely patient. He treated me and everybody with whom I saw him interact with respect and dignity. He understood the values intrinsic in the Qur’an—justice, mercy, truth, peace, kindness, charity, and compassion—and applied those values that reflect the spirit of the Qur’an when interacting with people. In addition, he was an excellent narrator of stories—all kinds of stories—something that added to his charm and charisma. Nasr often stated to me: “I was born a Muslim, I live as a Muslim, and God-willing, I will die a Muslim.” 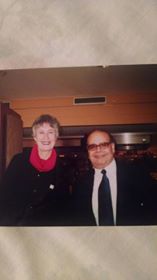 Does Nasr’s work have global value in addition to being relevant to the Arab and Islamic world?

Islam, in its totality, displays a universality also claimed in other religions. The methodology Nasr employed while attempting to understand the Qur’an in all of its fullness, I believe, is useful world-wide. Context was extremely important to Nasr, hence, the need to take into account the culture and history of significant events surrounding the Qur’an. Since Islam stretches across wide geographical spaces and encompasses a large sea of humanity with various interpretations of Islam, it’s essential to know how Muslims understand themselves in all of their variety. Why? Because all of us have an impact on the world to some degree or another.

Regarding Nasr’s familiarity with the West. Was Nasr fascinated by the Western world and did he blindly imitate the West without critical engagement as he did with the Islamic world and its sources?
Nasr questioned everything. He never accepted anything without thinking critically about it. He had a curious mind, leading him to study the Qur’an and Islamic sources thoroughly. In this way, he is much like the Islamic human rights philosopher, Abdullah Ahmed An Na’im, who along with Nasr has been labelled a heretic. An Na’im embraces the term “heresy,” saying that heresy is necessary to change the status quo. He sees heresy as a creative force that that can be used to challenge dogma. Who gets to call whom a heretic? Who has the power to decide what is orthodox and what is heresy? Truth, according to Nasr, is not something set in stone. So, it is vital to continuously be vigilant as well as continuously thinking and re-thinking how those eternal truths (justice, mercy, etc.) in the Qur’an get applied in day-to-day life.
Nasr had been declared a heretic by the Cairo Courts of Appeal (1995). Often, throughout history, the word heretic has been applied to people who challenge what those in power assert to be the truth. (This is often a tactic used by those in power to remain in power.) How does culture move forward if nobody ever challenges the status quo? I think this is one of big divides in how Nasr is perceived. When Nasr visited Virginia Commonwealth University (2005), the people (both Muslim and non-Muslim) he encountered did not always agree with him. Nevertheless, there was open dialogue between Nasr and those who disagreed with him. I believe this is what Nasr admired most about the so-called “West”—the ability to have open dialogue without fearing that those in power would label him a heretic, insist that he divorce his wife, and attempt to ruin his reputation. (Throughout Islamic history, there have been times when open dialogue was welcomed and appreciated.) Nasr’s scholarship, based on asking questions and looking for answers, apparently threatened those in power who subsequently sought to silence him, shutting down free and open inquiry (the spirit of ijtihad) in the process.
Nasr lived in the world of ideas and concepts, but insisted on developing those ideas to see how people might be affected by taking them to their logical conclusions. He loved Egypt, his mother country. He loved the people of Egypt. He never grew tired of telling me about Tanta, the small Egyptian village where he was born and raised. Intellectually, where in Western schools of thought does Nasr fit?
I don’t believe Nasr can be pigeon-holed into a particular school of thought. He loved free and open inquiry. He was an intellectual and independent, free thinker. He did not believe there should be any “sacred cows,” that is, no subject is sacrosanct or “off-limits.” All subjects need to be examined, unpacked and thought through. This included the Qur’an, of course, as well as the rulings of the ulama.

Is Nasr’s approach to intellectual inquiry useful?
Yes, I would say so. Nasr chafed at the thought of people (often the ulama) who put themselves above other people and declared they know exactly how the “common man” ought to live his life. This exertion of power over people, Nasr believed, was un-Islamic. “There is no priesthood in Islam.” So, again, it’s incumbent upon all Muslims to partake in the practice of ijtihad—exercise the rational mind, use critical thinking, in order to understand themselves what Allah requires of them.